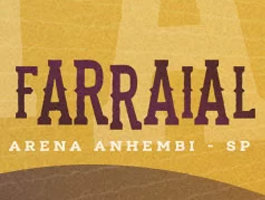 The biggest country party in Brazil!

In it’s 5th edition, Farraial brings incredible shows from the biggest names in Country and Pop, such as Ludmila, Jorge & Mateus, Zé Neto & Cristiano, Pedro Sampaio, Gustavo Mioto, Xand Avião and much more. There will be 10 hours of partying, with themed spaces in a super complete structure at Arena Anhembi.

Receba no seu e-mail as principais novidades
e conteúdos do Distrito Anhembi.
We use cookies to analyse and customise our content and advertising for you. Browsing our site, you consent GL events to use cookies for these purposes. For more info, visit our Privacy Policy.
MORE INFORMATIONREJECT CONSENT
Manage consent